Danger in the Workplace 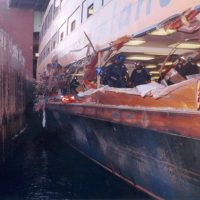 The Dangers of the Workplace

When three Amazon workers died in one month in one state (New Jersey), that got our attention. Is that a high rate or a low rate for this type of work?

In 2019, 5,333 workers died in the U.S, and about 20% of the worker fatalities occurred in private industry in the construction field. However, construction is not the most dangerous occupation. Fishing and hunting workers have a fatal injury rate of 132 per 100,000 workers. Guns, drowning, heavy machinery, and traps make this profession the most dangerous in the nation. https://www.invictuslawpc.com/most-dangerous-jobs-osha/ Employers are obligated to report to OSHA within eight hours when there has been a death of a worker. OSHA has up to six months to complete an investigation and determine if they should issue citations. https://www.osha.gov/fatalities. There are few compliance officers, only 1,850 or one for every 70,000 workers. https://www.osha.gov/data/commonstats

In the case of the Amazon workers, an active OSHA investigation limited how much information is available. The preliminary information showed that one of the deaths was due to a personal medical condition. One death occurred when a worker fell off a three-foot ladder and struck his head in an open docking bay. Police officers reported the incident to OSHA. One death took place on Amazon Prime Day, one of the biggest sales days of the company with no details of the death provided. https://www.nj.com/news/2022/08/3-amazon-workers-died-on-the-job-in-nj-over-past-month-osha-says.html

In some cases, the actions of one person can lead to the death of several others. Many recall the 2003 incident of the pilot Richard Smith who passed out while docking a Staten Island Ferry while under impairment from pain medications, resulting in 11 passenger fatalities and 70 injured. The pilot crashed the ferry at full speed, resulting in ripping the side of the boat and tearing into the main deck where passengers were waiting to get off. He was charged with making false statements in his medical report when renewing his pilot’s license, pled guilty to seaman’s manslaughter and received an 18-month jail sentence. His physician, Dr. William Tursi, was charged for lying on the same medical report. Ferry Directory Patrick Ryan failed to enforce the rule requiring two pilots in the wheelhouse during docking, also pled guilty to seaman’s manslaughter, and received a jail sentence of one year and a day.

The disaster resulted in 191 civil lawsuits and more than $90 million in settlements. https://en.wikipedia.org/wiki/2003_Staten_Island_Ferry_crash

Employer Liability: Careful investigation of events and details leading up to the incident can reveal liability. These are just a few of the issues:

By looking at the list of standards violations below, it is easy to see how equipment, human error, distraction, fatigue, and lack of training can combine in a lethal way.