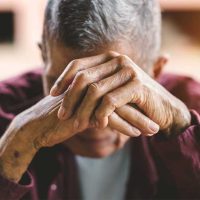 “No, you can’t pretend it did not happen. Yes, we have to report it.” This conversation between a caregiver and an administrator takes place in some healthcare facilities after a patient is injured. The fear of being fired, fined, cited, or sued results in hiding a percentage of incidents.

Centers for Medicare and Medicaid Services requires reporting immediately but not later than 2 hours of allegations of abuse, neglect, exploitation, or mistreatment, if the events involve abuse or result in serious bodily injury. The time frame is extended to 24 hours if the allegation does not involve abuse or serious bodily injury.
Facilities need to also inform the administrator, the State Survey Agency, and adult protective services where state law provides for jurisdiction in long-term care facilities.

Generally, there are two types of reporters of elder abuse – mandatory and non-mandatory. States have different definitions of “mandatory” reporters, which usually include, but are not limited to, healthcare professionals such as doctors, nurses, and social workers who are required by law to report abuse. These reporters are required to supply their name and contact information when reporting.

How Often Does Abuse Occur?
Despite the regulations, it is impossible to know what percentage of incidents is reported. Due to underreporting, it is difficult to get accurate information on the percentage of elders affected by abuse. Elderly abuse is thought to occur in 3% to 10% of the elderly population. https://www.ncbi.nlm.nih.gov/books/NBK499891/
The World Health Organization reported in October 2021 that globally 1 in 6people 60 years and older experienced some form of abuse in community settings during the past year. Rates of elder abuse are high in institutions such as nursing homes and long-term care facilities. Sixty-six percent of staff reported they had committed abuse in the past years. And the rates increased during the COVID-19 pandemic. (Elder abuse (who.int)

Where the Reporting Problem Starts
The problem starts with the vulnerable nursing home resident. Many victims do not make a report, even to their family. They may be frightened to do so, fearing retaliation. Or they may not have the mental or physical capability of recognizing and reporting the abuse.

In Home Abuse
There is some hope of abuse being detected in a nursing home. Matters are even worse for elders under the control of in-home providers. Family members might be the perpetrators of abuse and neglect or may be distant and unaware of what is occurring in the home at the hands of someone responsible for caring for the elder.

Signs of Abuse
Attorney should have a high index of suspicion of the risk of physical, emotional, sexual, or financial abuse occurring to those they represent.

Signs of financial abuse: (Performing these acts without permission) -Altering a will, trust or other estate planning documents, forging signatures on checks, wiring money out of an account, using the elder’s credit card, making significant changes in financial accounts, stealing money or valuables, making suspicious changes in power of attorney or life insurance policies.